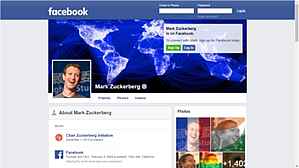 According to Wikipedia, Face book is an American for-profit corporation
and an online social media and social networking service based in Menlo Park, California . The Facebook website was launched on February 4, 2004, by Mark
Zuckerberg , along with fellow Harvard College students and roommates, Eduardo Saverin,
Andrew McCollum , Dustin Moskovitz and Chris Hughes.

Facebook was the most popular social networking site in the world, based on the number of active user accounts. It has more than 2
billion monthly active users as of June 2017.

1. Open your Facebook and tap the the lines at the top right side. 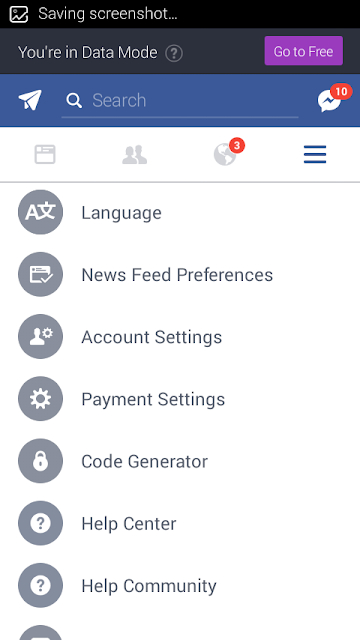 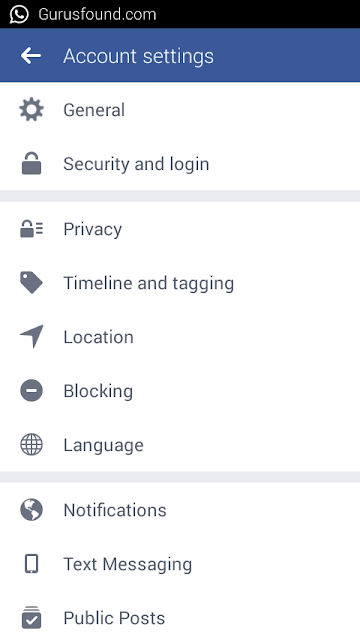 4. Move to WHO CAN SEND YOU FRIEND REQUEST and tap on it 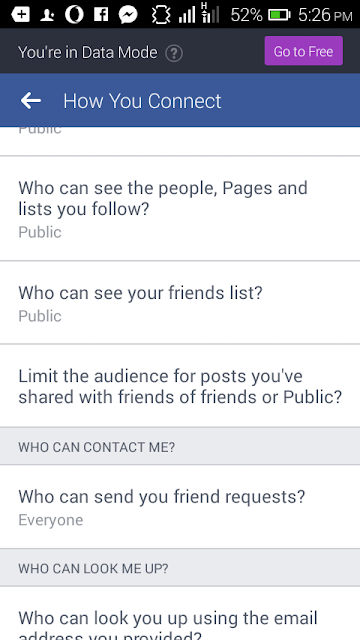 5. You will see two options. EVERYONE and FRIENDS OF FRIENDS. You will notice that that EVERYONE is marked. 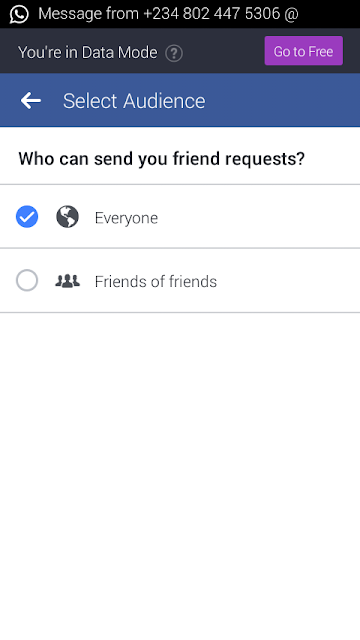 What you need to do is to Mark FRIENDS OF FRIENDS

NOTE
By doing this, the ADD FRIEND button won't appear to people who don't have any friends from your own friends list.
Meaning, if you have one or more mutual friends with the person, he can still send you a friend request
September 13, 2017
Shabuzaman
Facebook