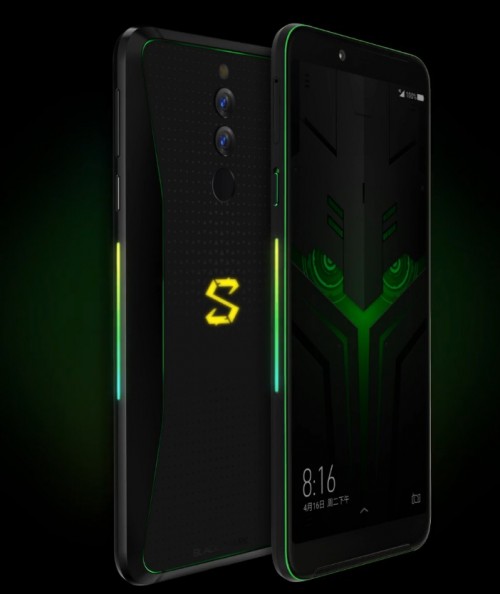 Xiaomi is here again with another hot smartphone called
Black Shark Helo. It is also known as Black Shark 2 in China. It is the first smartphone to be launched with 10gb RAM. It is a smartphone that game lovers would love to use. The latest gaming handset has arrived as a successor to
the Xiaomi Black Shark that was
released in April this year. The smartphone comes with several
gaming-focussed features and minor upgrades from its previous version. 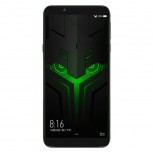 Another interesting feature is that, it comes in three RAM variants and a bigger display.
The smartphone will be sold in its home country and there is no information on whether it will be unveiled globally.

The Xiaomi Black Shark is equipped with a new liquid cooling system that
leverages double heat pipe partition to prevent the handset from overheating.

The company is also touting the
presence of an X+1 antenna, ensuring better connectivity. It also comes with front stereo speakers. The other key highlights of the handset include up to 10GB of RAM, 6.01-inch display,
Snapdragon 845 SoC, independent image
processing chip, and more.

Xiaomi also announced a controller dock for the Black Shark Helo, called as Black Shark Biplane Handle. The controller comes with a joystick and other buttons, and can be connected to the handset. 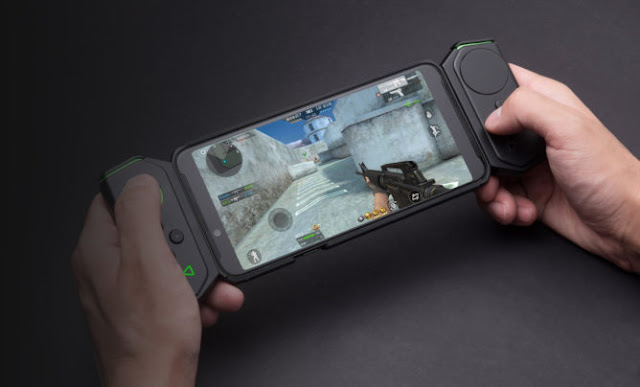 The 6GB and 8GB RAM variants will ship with a Biplane Handle for the left side and the 10GB RAM model will get one on both the sides.

The 6GB Black Shark Halo will cost
CNY3,199 ($460) while the 8GB alteration will sell for CNY3,499 ($505). Initially, the Black Shark Helo will be made available only in China starting November 10. The
10GB/256GB version’s price and availability are yet to be confirmed.